“Mom, look at this bubble on my belly,” said seven-year-old Snigdha rushing to her mother. “I feel itchy though,” she continued. That was enough to make alarm bells ring and a consultation with the family doctor confirmed the fears of chicken pox.

The mandatory one-week rest and isolation were uncalled for when examinations were round the corner. But then, chicken pox is rampant during the onset of summer when the virus multiplies rapidly. Varicella zoster is a contagious virus that spreads through touch or air, while sneezing or coughing. The virus expresses itself in about seven to 14 days of entering the body.

To start with it, the child might suffer from common cold and feel inactive during the first two days when the eruptions, water-filled vesicles develop on the abdomen and the back. The vesicles then appear all over the body including the scalp, and mucus membranes of the oral cavity.

The child could have temperature of about 100°F, but this could go up to 104°F if bacterial infection intervenes. Eruptions appear over the body as fine dots to start with and later get filled with fluid. If scratched, it can lead to pus formation. Itching is the most troublesome symptom that compels the child to scratch. This can in turn leave a scar in the long run.

Chicken pox is a self-limiting infection that subsides in seven days. It could appear in adults too in an aggravated condition. Women having it during the first three months of pregnancy need to be careful, but if it occurs during the later part, the foetus could develop resistance to the infection as antibodies are circulated from the mother.

It could be disturbing in immuno-compromised individuals and lead to other complications. This virus can remain latent even for a couple of decades in the body and cause a condition called shingles or herpes zoster when all along the course of the nerve, painful eruptions appear. A person suffering from shingles can also transmit chicken pox to others.

An oft-repeated question is about the need for vaccination. As such the idea of vaccination wherein a weakened and inactivated virus being given into the blood stream, and the body producing antibodies ready to fight any real virus coming into the body is an idea falling into the purview and acceptance of homeopathy.

But, in the case of chicken pox, the alerted capability to fight the chicken pox infection lasts for 5-7 years of giving the vaccine. In such a scenario, it is futile as the child well into high school could fall prey to the infection during a crucial examination time! But, on the other hand, if a child develops an infection, it can happen only once and is free from the recurrence all his life.

* Wet or warm compresses can be applied over the body to relieve itching. Patting should be done, but rubbing of the body should be avoided.

* Children should be advised not to scratch the area.

* Soft and semi-solid food should be given, especially if the child has blisters in the mouth.

* Oily and spicy foods should be avoided. Whole-cooked meal should be given to the child.

* If the child is prone to cold and cough, intake of cold foods should be deterred.

Homeopathic medicine has good remedies to see that there is no flare-up of the infection. Mild remedies like Apis mel, Urtica urens, and Rhus tox are suggested when itching is troublesome. When there is pus formation, Hepar sulph is indicated. A child prone to cold and cough, when given Pulsatilla during the attack, can prevent complications of the respiratory tract. 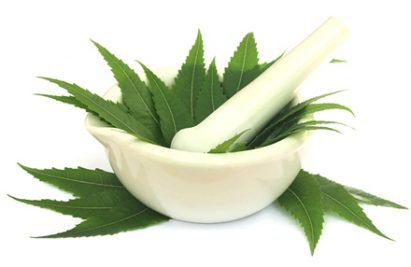 Extra sleep on the weekend doe...

Why adopt a Sugar Free lifestyle in these COVID ti...

Practicing sugar-distancing, along with social-distancing is of prime importance and should become a priority. The new ways of looking at food and diet in the new normal We all know the famous saying – Tough times don’t last, tough people, do! Because of the restrictions during these COVID times, we...

Five exercises you can do at home with a pair of s...

Celebrity fitness instructor Yasmin Karachiwala recently took to Instagram to show five immunity-boosting exercises you can do anywhere at home with just socks. Exercise regularly to improve immunity. Not having gym equipment at home does not mean you cannot train well. Celebrities, of late, have sh...

Women too deserve to chill

When lockdown restrictions were relaxed by many states to allow liquor shops to open, no one was surprised to see long queues outside them, or even milling, unruly crowds. But what, apparently, came as a shock to many was the fact that women were a part of those standing in line to buy their favouri...

From reducing fine lines to treating dry lips: The...

Twinkle Khanna gives a glimpse of her lush garden, and it’s a sight for sore eyes We’re in the thick of a squelching summer, right in the middle of a mostly lethargic, unhappy and seemingly unending lockdown, but a peek into Twinkle Khanna’s garden will wipe out the misery in any heart. The author a...

Tips for a fitter you during lockdown

Now is your chance to throw away all those excuses you’ve been using, avoid distraction, and resist temptation. Here are some tips to discipline yourself and follow a scheduled meal plan to attain that far-fetched dream of a fit body. Are you monitoring your diet in a lockdown? We all know the famou...

The novel coronavirus originated from the Wuhan Province of China has spread to more than 200 nations across the nation leaving more than 30 lakh people infecting with the fatal virus. The world is trying to find out a vaccine that can cure the pandemic. In the wake of the alarming situation, Doctor...